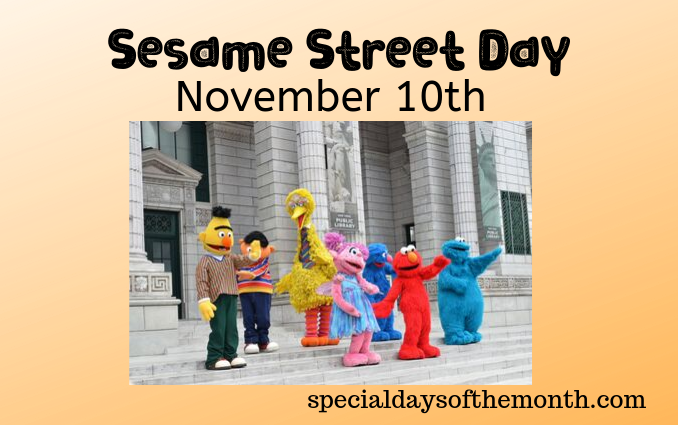 Sesame Street has been a fan favorite for the last 40 years. Besides Elmo, Big Bird and Oscar the Grouch are just a few of the favorite characters of the show who are loved by children everywhere! The day was first established in 2009 to celebrate the fortieth anniversary of its original broadcast. While it started in New York, the day has quickly grown and is celebrated throughout the world.

When is Sesame Street Day?

How is Sesame Street Day celebrated?

Celebrities who celebrate their birthday on November 10th :

Do you have a favorite Sesame Street character? Leave a comment and let us know.