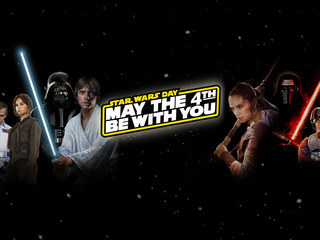 Star Wars Day is all about the fans celebrating the hit movie written by George Lucas. The date was chosen for the pun on the catchphrase “May the Force be with you” as “May the Fourth be with you”. Initially, the holiday was created by the fans but Lucasfilm, the creator of the movie, has accepted the day and celebrates annually.

When is Star Wars Day Celebrated?

Annually on May 4th

How is the day Celebrated?

Celebrities who celebrate their birthday on May 4th:

Other holidays in May to be on the lookout for include: National Missing Children’s Day, National Water a Flower Day, National Nurses Day, and International Space Day.