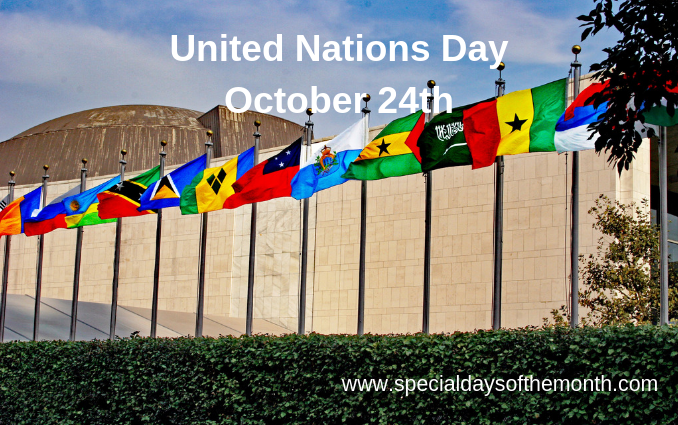 In 1945, nations were in shambles. World War II was over and the world wanted peace and so the United Nations was created. 51 countries met to sign a charter, creating a new organization called the United Nations. More than 70 years later, the U.N. is still in existence and is still promoting peace and security throughout the world. It provides development and humanitarian assistance to those in need. It upholds international law and protects human rights and now its member states are working together to fight climate change. The UN continues to join forces to create a better world.

When is United Nations Day?

How is United Nations Day Celebrated?

Hashtags to use on United Nations Day:

Celebrities who celebrate their birthdays on October 24th:

Will you be celebrating United Nations Day?