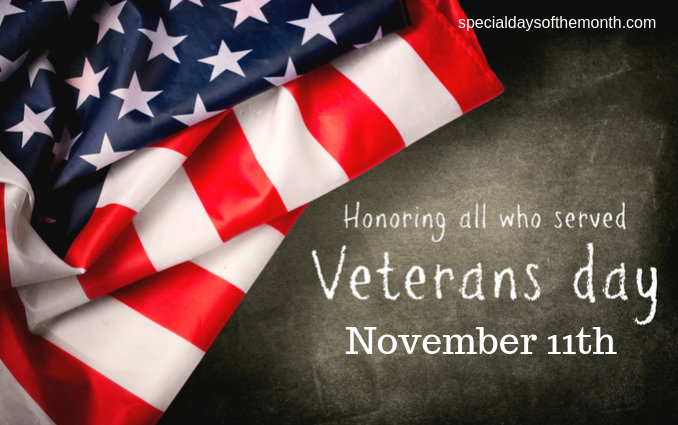 Veterans Day is a federal holiday in the United States observed annually on November 11. This is the day we honor and thank all military personnel who served the United States in all wars, particularly living veterans.

When is Veterans Day Celebrated?

Celebrities who Celebrate their Birthday on November 11th:

Do you have a favorite holiday in November that you really look forward to?Other holidays in November are Daylight Saving Day, Nachos Day, Candy Day and many more.