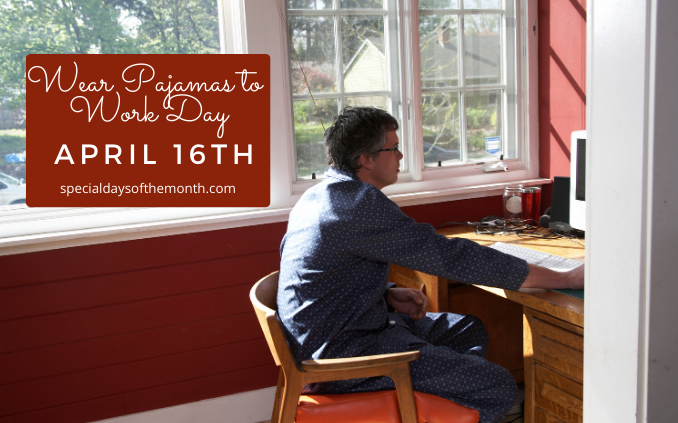 It’s no coincidence that Wear Pajamas to Work Day follows April 15th’s Tax Day. For those last minute tax people, who may be tired, why not wear your pajamas to work? We would recommend asking your employer if he/she is okay with it before you enter the workplace in your pajamas.

When is Wear Pajamas to Work Day?

How to Celebrate Wear Pajamas to Work Day: